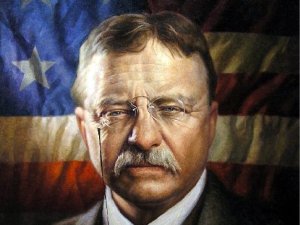 The president’s Executive Order (EO) creating a new class of political appointees and removing civil service protections from what could be tens or hundreds of thousands of federal workers is getting a failing grade from most good government advocates and from people on both the left and right of the political spectrum. It is appropriately called “Schedule F.” Why did this EO immediately generate so much opposition? I thought it might be useful to provide a bit of background on the career civil service, explain the ways the EO undermines it, and show just a few of the types of problems it will create.

Mr. Roosevelt believed the spoils system was like a cancer on public life. He once wrote, “The government cannot endure permanently if administered on a spoils basis. If this form of corruption is permitted and encouraged, other forms of corruption will inevitably follow in its train. When a department at Washington, or at a state capitol, or in the city hall in some big town is thronged with place-hunters and office-mongers who seek and dispense patronage from considerations of personal and party greed, the tone of public life is necessarily so lowered that the bribe-taker and the bribe-giver, the blackmailer and the corruptionist, find their places ready prepared for them.”

The EO argues that the new Schedule F jobs, which would not be required to be filled through open competition and would not have clearly prescribed qualification requirements, are necessary for government to work better. It says “The Federal Government benefits from career professionals in positions that are not normally subject to change as a result of a Presidential transition but who discharge significant duties and exercise significant discretion in formulating and implementing executive branch policy and programs under the laws of the United States. The heads of executive departments and agencies (agencies) and the American people also entrust these career professionals with non‑public information that must be kept confidential. With the exception of attorneys in the Federal service who are appointed pursuant to Schedule A of the excepted service and members of the Senior Executive Service, appointments to these positions are generally made through the competitive service. Given the importance of the functions they discharge, employees in such positions must display appropriate temperament, acumen, impartiality, and sound judgment. Due to these requirements, agencies should have a greater degree of appointment flexibility with respect to these employees than is afforded by the existing competitive service process.”

In other words, an open competitive process gets in the way of putting hand-picked people in tens of thousands of jobs and making certain that information that might embarrass an Administration does not become public. Mr. Roosevelt was again prescient in his views on the issue, when he said “There are, of course, defects and shortcomings in the merit system. We do not for a moment pretend that it is perfect. We only assert that it is a great improvement upon the old spoils system, and that as a matter of fact in every instance where it has been tried in good faith it has worked well.”

Imagine what happens when virtually every senior mission job in the Environmental Protection Agency, or the Census Bureau, or the Economics and Statistics Administration, or the Pentagon, or the Centers for Disease Control, or the National Institutes of Health, is filled by political appointees whose loyalty is to an Administration, and not to the U.S. Constitution and the American people. A government where a loyalty test becomes more important than qualifications. And where anyone who dares to disagree is summarily dismissed. A government of sycophants and political hacks is exactly what President Theodore Roosevelt believed the career civil service was essential to prevent. The Executive Order undermines the integrity of the civil service by making such outcomes not only possible, but likely.

A good example of potential outcomes is the availability of real, factual data. How do we trust data on unemployment, job losses, inflation, or countless other subjects, if the data comes not from career professionals, but from what are basically political appointees who know that anything they do that might disagree with or embarrass the Administration can get them fired? And what happens when an incoming Administration decides to summarily dismiss tens of thousands of employees because they want to bring in their own supporters. That is the very definition of a spoils system.

This EO gets an F because it fails to uphold the ideals of a professional career civil service. It fails to ensure that their loyalty is to the U.S. Constitution and not to a president or political party. It fails to make qualifications and merit the primary basis for hiring. It fails to protect people whose interest is in serving the people rather than a political party. And it fails the Teddy Roosevelt test to ensure we do not have a government where “the tone of public life is necessarily so lowered that the bribe-taker and the bribe-giver, the blackmailer and the corruptionist, find their places ready prepared for them.”