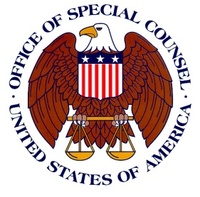 Recent news about the Office of Special Counsel citing Kellyanne Conway for violation of the Hatch Act is raising questions among federal workers. What exactly is the Hatch Act? Does it still apply? Does it cover me? And why do some people apparently get away with violating it?

The Hatch Act was passed in 1939 to limit political activities by federal workers. The most critical portions of the law are found in 5 U.S. Code § 7323 and § 7324. The bottom line on the Hatch Act is that a federal worker may not “use his official authority or influence for the purpose of interfering with or affecting the result of an election.” There is plenty of information out there in the form of FAQs for anyone who might have questions about specific situations. Here is one from the Office of Special Counsel that covers most federal workers. There is a second one that covers “further restricted” employees (such as members of the Senior Executive Service and some others) who have further restrictions.

The bottom line is that many forms of political activity can get you fired, even though there have been some high profile cases in recent years where that did not happen. Ms. Conway is not the only political appointee to run afoul of the Hatch Act. In 2016 former Housing and Urban Development Secretary (and current presidential candidate) Julián Castro was found by OSC to have violated the Hatch Act during an interview. On July 18, 2016, OSC said “The U.S. Office of Special Counsel (OSC) sent an investigative report to the President today, finding that Secretary of Housing and Urban Development Julián Castro violated the Hatch Act during a Yahoo News interview on April 4, 2016. According to OSC’s report, Secretary Castro’s statements during the interview impermissibly mixed his personal political views with official agency business despite his efforts to clarify that some answers were being given in his personal capacity.”

In Ms. Conway’s case, OSC reported on June 13, 2019, “The U.S. Office of Special Counsel (OSC) today sent a report to President Donald J. Trump finding that Counselor to the President Kellyanne Conway violated the Hatch Act on numerous occasions by disparaging Democratic presidential candidates while speaking in her official capacity during television interviews and on social media. Although the President and Vice President are exempt from the Hatch Act, employees of the White House are not. OSC’s letter to the President accompanying the report refers to Ms. Conway as a “repeat offender” and states: “Ms. Conway’s violations, if left unpunished, would send a message to all federal employees that they need not abide by the Hatch Act’s restrictions. Her actions thus erode the principal foundation of our democratic system — the rule of law.””

Some federal workers may be thinking that Secretary Castro’s violation and that of Ms. Conway mean that they too can violate the Hatch Act and get away with it. After all, if senior political appointees can do it, they can too. Those folks may be remembering that former General Services Administration Administrator Lurita Doan was forced to resign in 2007, a few months after an OSC report that said she was guilty of “engaging in the most pernicious of political activity.” Administrator Doan was forced out, but Secretary Castro and (for now) Ms. Conway were not. Did the rules change?

The simple answer is no, the rules have not changed. The likelihood that a typical federal worker would get away with a blatant Hatch Act violation is low. Break the law and there is a good chance you will be fired. Federal workers need to pay particular attention to the Hatch Act and the OSC fact sheets during this election season. There are some things you could do that are fine (putting a campaign sign in your yard), and others that might seem OK but are actually Hatch Act violations. For example, even when not on duty or in the workplace, you may not like, share, or retweet a social media post that solicits political contributions, including invitations to fundraising events. OSC has thorough guidance on social media that I encourage every federal worker to read, and this Hatch Act Social Media Quick Guide that covers many Hatch Act related topics.

The bottom line is simple — even though they are not supposed to, senior political appointees sometimes get away with conduct that will get a regular federal worker fired. Read the rules, determine whether you are covered by the general rules or you are a “further restricted” employee, and make certain you do not cross the line on Hatch Act violations. Your career may depend on it.