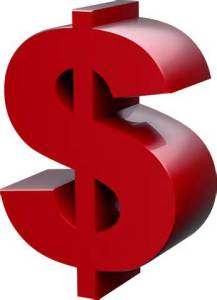 The President’s Budget for this year called for creation of a $1 billion fund to help agencies reward high performers. The fund is just one of the many proposals and programs we have seen in the past couple of decades. It’s hard to argue with the idea that top performers should receive some sort of compensation for their work. It is also hard to argue that most performance review processes are credible and effective.

Those performance review processes lack credibility with employees for a lot of reasons. Chief among them is that they are one-sided top-down reviews that seldom include meaningful employee input. Requirements that employees be involved in creating their performance goals have good intentions, but the reality is that many of them are boilerplate or they are the same for everyone who is on the same job description. They are one-sided because they lay out what is expected of the employee, but include nothing about the agency’s role in facilitating performance though resources, training, and other factors. Then there is the lack of training for managers, the intentional or unintentional biases of rating officials, and the lack of money to provide meaningful bonuses and pay raises. All of those mean government needs to rethink its approach to performance management if it truly expects to achieve different results.

The largest attempt at a performance-based pay system was the Department of Defense National Security Personnel System (NSPS). NSPS resulted in disparate treatment of minorities (a problem that could have been corrected) and it had a bias toward higher graded employees and those of all grades who worked most closely with senior managers. It ultimately failed, not because of those problems, but because the George W. Bush Administration used it to go after the unions. The Department of Homeland Security MaxHR system failed for the same reason.

The Trump Administration’s interest in performance-based pay is not surprising. The government is at risk of losing many of its higher performing employees, particularly in higher graded or in-demand occupations. The General Schedule does not provide enough room for differentiating pay based on performance, and agencies typically budget far too little money for performance bonuses and pay raises (such as Quality Step Increases).

Many people tell me that this is a partisan issue. They say Republicans want pay for performance and Democrats do not. That is simply not true. NSPS was established by the National Defense Authorization Act (NDAA) of 2004. The 2004 NDAA passed the House of Representatives with 218 Republican and 144 Democrat votes (83 percent). It passed the Senate with 51 Republicans and 44 Democrats (95 percent). Both parties were well aware of the inclusion of NSPS in the NDAA and they supported it. The vote to do away with NSPS was more partisan, but it was the result of the Bush Administration using NSPS to attempt to, as one federal judge put it, “eviscerate” collective bargaining.

Democrats and Republicans can agree on some things, but gutting the unions is not one of them. My fear is that the good ideas like the fund to reward high performers are mixed in with the same kind of anti-union ideas that killed MaxHR and NSPS. If we want to see more flexibility in pay, and more incentives for higher performers, the issue needs a nonpartisan solution that is focused on performance and not on the unions.

A successful performance-based pay system would have to include far more employee input into the process. That input should come from employees, unions, and professional organizations. It should surprise no one that the people who are experts in a field might also be the best ones to identify what great performance looks like. Any new system should provide for recognition of high performers, but not be overly complicated. The number of rating levels should be limited to three, to enable agencies to distinguish between the large number of employees who do their jobs and those whose performance is exceptional because it is very bad or very good. It must also be funded with enough money to actually make a difference.

A system like that might work, but it will not make a big difference in retention if it is not coupled with changes that can help drive employee satisfaction with their jobs, their leaders, and their working conditions. Put all of those together, and we could see morale and retention start moving in the right direction.

Am I optimistic that it will happen? No. More money for public servants is not politically popular. We are heading into an election year and the toxic political climate is likely to worsen rather than improve. The unions generally don’t want performance based pay, and the Administration doesn’t want unions. That’s not exactly a formula for a Kumbaya moment that might bring everyone together to do the right thing for a change.