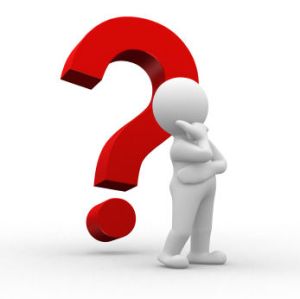 The first three changes cannot be characterized as anything other than cuts. Reducing the G Fund interest rate is not a popular idea. The Federal Retirement Thrift Investment Board – the agency that manages the Thrift Savings Plan – says “We strongly oppose this change – it would make the G Fund virtually worthless for our participants ….” Federal employees and retirees should not get too worked up over this one — the likelihood it will pass is low.

Increasing the employee contribution for FERS amounts to a pay cut. Reducing the COLA for CSRS and eliminating them for current and future FERS retirees is a significant cut, particularly because it affects current retirees. As a current federal retiree, I may be a bit biased, but I believe changing the rules after someone has spent decades working for the government and is now near retirement or what has already retired is a breach of trust. Much like private sector retirees who have lost pensions after their pension funds were raided by new company owners, federal employees and retirees should be assured that what they were promised will be delivered. Most Americans believe a deal is a deal, and changes should affect only those who sign up under new terms. Even those on the Hill who support this type of change often agree that changes should be prospectively and only affect new hires. The fact that even with this change there would most likely be a continued push to reduce or eliminate the FERS pension makes this a change that should not happen. The better approach is to have a serious policy debate regarding retirement benefits for new hires.

The new proposal for term employees recognizes the fact that term employees are hired for 4 years, but do not vest in the retirement program until after 5 years. That means the defined contribution plan is of little or no benefit.  Term employees do not vest if their term service is their only federal employment. The proposal is to offer them an enhanced version of TSP with a larger employer matching contribution, but to drop the pension component of the Federal Employees Retirement System (FERS). It appears to be based on options provided in an August 2017 report from the Congressional Budget Office that explored options for reducing retirement costs.

The knee-jerk reaction to any kind of retirement system change is to say no, but I believe this is an interesting idea that is worth considering. How it fares on the Hill will be based largely on how it is viewed. If it is considered solely as a means of providing a retirement benefit that is more closely aligned with the characteristics of a term appointment, it should receive a positive reception. If it is viewed as a slippery slope that will lead to expanding the program to all current employees (or even just to all new hires) as a replacement for the FERS pension plan, it will probably fail.

Most objective observers will agree that federal retirement benefits are more generous than in the private sector, which has largely moved away from defined benefit pension plans due to cost. As I have said many times, the government should not join the crowd and harm the retirement security of its employees. Retirement security is a significant national issue that does not get enough attention. Most Americans do not have enough retirement savings and are entirely too reliant on Social Security when they retire.

With respect to increasing employee contributions to FERS, the 2017 CBO report noted that “CBO expects that the federal government’s ability to recruit new employees would be unaffected. However, the option would increase the number of employees who chose to leave federal service because their current pay would be reduced. The most experienced and highly qualified employees would be those most likely to leave.”

Retirement changes that push the most experienced and qualified employees out the door should be avoided, but the CBO offered two options that may be worth considering. Rather than changing the rules midcareer for existing federal workers, or post-retirement for existing retirees, the CBO Report options would eliminate the pension plan entirely for new hires and put money into a greatly enhanced Thrift Savings Plan.

The enhanced TSP would be similar to what the Administration has proposed for term employees. Current IRS rules allow the combined employee contribution/employer match to be as much as $56,000 per year. Employee contributions are limited to $19,000, with an additional $6,000 catch up employee contribution allowed for those over age 50. That means most federal employees cannot come anywhere close to the $56,000 annual cap. The two options CBO proposed that should be considered were:

For the vast majority of federal workers, an enhanced TSP that included a much higher employer matching contribution would be an alternative that could provide significant retirement savings, along with the flexibility to take their entire retirement account with them when they leave government.

I believe the first option could be a good alternative to the existing program. CBO said it “… would increase the government’s net retirement costs for employees enrolled in FERS on a cash basis by 24 percent over the next 10 years and by 10 percent over the 75-year period. However, the net cash cost of this option would be lower than the cost under current law if the analysis was projected over a sufficiently long period to incorporate the full savings from reduced future liabilities. On an accrual basis, net retirement costs for new federal employees would be about 6 percent lower than costs under current law. The option would probably increase the recruitment and retention of early-career and retirement-eligible employees, though it would reduce the retention of midcareer employees.”

Retention of midcareer employees is likely to be a problem regardless of changes to the retirement system. Career mobility is far more common in younger employees, and most do not go to work for an an employer with the idea of staying for 30 years. Government lacks many of the pay incentives that the private sector offers, such as stock or stock options. It also does not pay its higher graded employees wages that are comparable to the private sector. For a generation of new hires that most likely are not viewing government as a lifetime career, a very generous TSP could be a significant recruiting tool.

The fear many employees would have is that such a plan would be a target for future budget cutters, who would argue that federal workers are receiving more generous matching contributions than most of their private sector counterparts. The chance of that happening is probably somewhere close to 100 percent. But – it is equally true that the pay and benefits employees receive today are also targets and will remain in the sights of those who want to cut the size and cost of government.

I believe if we offered new hires the choice of the existing TSP program and FERS pension, or a TSP with an automatic employer contribution of 8 percent plus a 7 percent match, the majority would take the latter option. It would be worth trying it on an optional basis for a year or two to see which option new hires choose.

3 thoughts on “Is it Time to Change Federal Retirement Benefits?”