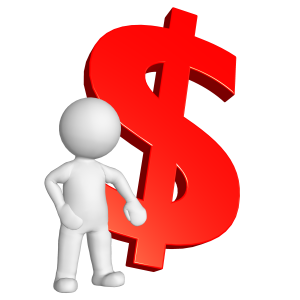 In case you are not keeping up with your Latin, primum non nocere means first, do no harm. The phrase is often wrongly cited as part of the Hippocratic Oath. The idea is simple – when you are trying to help, you should not harm the patient.

That phrase comes to mind when I read all of the opinions about a pay raise for federal workers. President Donald J. Trump recommended no federal pay raise for 2019, citing our fiscal situation. President Trump’s letter said “Title 5, United States Code, authorizes me to implement alternative plans for pay adjustments for civilian Federal employees covered by the General Schedule and certain other pay systems if, because of “national emergency or serious economic conditions affecting the general welfare,” I view the increases that would otherwise take effect as inappropriate. Under current law, locality pay increases averaging 25.70 percent, costing $25 billion, would go into effect in January 2019, in addition to a 2.1 percent across-the-board increase for the base General Schedule.  We must maintain efforts to put our Nation on a fiscally sustainable course, and Federal agency budgets cannot sustain such increases.  Accordingly, I have determined that it is appropriate to exercise my authority to set alternative across-the-board and locality pay adjustments for 2019 pursuant to 5 U.S.C. 5303(b) and 5304a.”

The letter goes on to say “As noted in my Budget for Fiscal Year 2019, the cost of employing the Federal workforce is significant.  In light of our Nation’s fiscal situation, Federal employee pay must be performance-based, and aligned strategically toward recruiting, retaining, and rewarding high-performing Federal employees and those with critical skill sets.  Across-the-board pay increases and locality pay increases, in particular, have long-term fixed costs, yet fail to address existing pay disparities or target mission critical recruitment and retention goals.”

Needless to say, there are a lot of opinions on this issue. Some (including the president) argue that we have not done the pay reform that the civil service needs, so pay raises may exacerbate pay inequities and that the across-the-board nature of the pay raises does not target mission critical recruitment. The president’s letter also cited the problems with the “nation’s fiscal situation.” There are no specifics on that, so the logical conclusion is that the “fiscal situation” means the deficit, which may approach $1 trillion by the end of the year.

Other folks argue that the full pay raise of 25.7 percent should go into effect. They say that federal workers are underpaid and have “given at the office” with three previous pay freezes during the Obama Administration.

So – what is the right answer here? Should pay be frozen? Should it go up by 25 percent? Or should it go up at some reasonable rate that is closer to the 2.6 percent raise military personnel will receive next year?

I believe we should go with the idea of “first, do no harm.” That means giving employees a pay raise that is equal to, or at least close to, the military pay raise. The basic idea of pay raise equity for military and civilian personnel has been the practice for many years. Given how many expenditures in the federal budget are for things of questionable value, and how much is done through selective tax cuts, the cost of the federal employee pay raise is not extreme.

As the president’s letter says, the proposed federal pay raise does nothing to address aligning pay with performance, nor does it deal with pay disparities for mission critical jobs. Giving no pay raise to anyone does even less to deal with those issues. I would argue that it actually does harm by making federal jobs that do not offer competitive pay fall behind even more. With federal turnover increasing, and pay for many in-demand occupations already falling short, we cannot afford to make the problem worse.

I have been saying for years that we need to fix federal pay. Some folks are overpaid, some are underpaid, and some are about right. The numbers that claim federal workers are underpaid by 25 percent or more are not credible, nor are the claims that feds are overpaid by thirty or forty percent. Most reasonable people will tell you that we have no idea how many employees are under or over paid.

We need to use better measures of pay comparability, and better measures of the effects of total compensation on hiring. Those fixes will require bipartisan legislation that the president will sign. For now, bipartisan is a four-letter word in this town and only the most optimistic (or delusional) among us think we will see comprehensive pay reform any time soon.

Until we are ready to actually fix the problems, we should not punish the federal workforce for the inadequacies of our political processes.