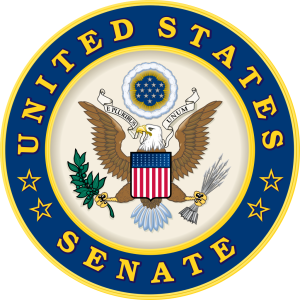 The primary vehicle for advancing civil service reform in the Department of Defense (and often the rest of government) is the annual National Defense Authorization Act (NDAA). The 2019 NDAA is no exception. The Senate Armed Services Committee (SASC) recently completed its markup of the bill and moved it on to the full Senate. The bill is hundreds of pages, but the SASC published an excellent Executive Summary that addresses the highlights. The bill contains several provisions that are of interest to federal workers. Some apply only to Defense civilians, while others apply government wide. As always, remember that DOD is often the proving ground for reforms that will eventually be rolled out to other agencies. Let’s take a look at the 2019 NDAA and see what it offers for federal workers, and what effects it may have if passed.

Security Clearances. These provisions require an expedited clearance process for mission critical positions, as well as mandating that DOD report on the feasibility of implementing a “Clearance in Person Concept.” Clearance in person would “permit an individual who has been granted a national security clearance to maintain eligibility for access to classified information, networks and facilities after the individual has separated from service to the Federal Government or transferred to a position that no longer requires access to classified information.” It would also “ensure that, unless otherwise directed by the Security Executive Agent, the individual’s security clearance would be recognized as current, regardless of employment status, with no further need for investigation or revalidation until the individual obtains a position requiring access to classified information.” There is widespread agreement that the security clearance processes in government need reform. This approach is one of several being considered, and could be beneficial if it is feasible to implement.

Strategic Defense Fellows Program. This is described as “a civilian fellowship program designed to provide leadership development and the commencement of a career track toward senior leadership in the Department.” Limited to 60 participants per year, the program would require participants to have recent (within 2 years) graduate degrees or to receive a graduate degree within 6 months of entering the program. Fellows would be paid at the GS-10 level, and would receive a 1-year excepted service appointment, after which they could be converted to a permanent appointment. The advanced pay rate, opportunity to engage in interesting and meaningful work, and exclusive nature of the program would most likely mean the department would have no trouble finding high quality applicants. As long as such a program did not devolve into a sort backdoor political appointment, it could be a useful program.

Senior Executive Service Qualifications Review Boards (QRB). DOD would receive a 2-year exemption from having new SES appointments reviewed by an OPM QRB. The authority would be limited to 50 appointment per year, and would expire after 2 years. DOD would be required to report on its use of the authority, and assess whether it speeds the hiring process and how it affects quality of hires. Proposals to reform the QRB process are not uncommon, and this one is a reasonable approach that would most like ensure that it does no harm.

Direct Hire Authority for recent Science, Technology, Engineering and Mathematics Graduates. This provision is limited to DOD science and technology reinvention laboratories and Major Range and Test Facilities, and applies only to graduates of minority serving institutions. It is a good start, but might be even more helpful if it applied to the entire department and to every accredited school.

Expedited Hiring Authority for College Graduates and Post-Secondary Students. This provision would be applied government wide and would provide for appointments at GS-11 and below for students and recent graduates (within 2 years). It provides an extension for military service members. It is not a direct hire authority, because it requires that the positions be advertised. Agencies would have to follow regulations prescribed by OPM, and appointments would be limited to 15 percent of the number of competitive appointments an agency made to similar positions during the previous fiscal year. Since the Federal Career Intern Program was abolished, the number of federal employees under 30 has dropped precipitously. This provision is an excellent first step in reversing that trend.

Voluntary Separation Incentive Payments (Buyouts). The cap on buyouts would be raised to $40,000 for the rest of the government (DOD is already at $40,000) and then indexed to the Consumer Price Index. This provision has been needed for a long time and is a good step toward giving agencies better tools to manage workforce reductions and realignments.

I expect to see the practice of rolling out reforms in DOD and then expanding them to continue. The NDAA is one of the “must-pass” bills the Congress deals with annually, and it typically has strong bipartisan support. DOD’s mission gives it a stronger basis for getting reforms and it has a generally good record of implementing them successfully.