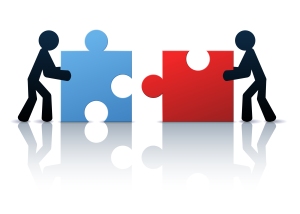 In April I wrote the first of a series of posts on the problems with the federal HR apparatus. The second in the series addressed the myth that federal HR offices across government are shrinking. This post will deal with the issue of hiring managers – the role they have played in making the problem worse and the role they can and must play in making it better.

When OPM announced its “Hiring Excellence” program, it stressed improving the interactions between hiring managers and HR staff as a key component of the program. That relationship is crucial to any successful hiring program, so I applaud OPM for putting so much effort into making it better. OPM’s announcement also highlighted assessment services OPM sells in competition with the private sector. I have significant reservations about that (that I had when I was still in government) and will lay them out in a future post.

It is difficult to overemphasize the role of hiring managers in the hiring process. They write job descriptions that are the basis of the job announcement, assessment processes, and selections. Most critically, they make the selections. The problem is that many of them believe everything but the selection is HR’s responsibility. Time and time again I have been told by hiring managers that they do not have time to get involved in “administrivia” and that HR is responsible for delivering a list of qualified candidates from which they can make a selection. I and many of my former colleagues in federal HR have actually had managers tell me that they are “too busy supervising” to get that involved in hiring.

Nothing could be further from the truth. There is little that managers do that is more important than talent management. That includes deciding what kind of talent they need, getting engaged in the recruiting and selection process from beginning to end, and then taking the lead in ensuring they continue to develop the talent they hire. If they do not do that, they are not doing their jobs.

Some of the problem rests with HR. When I was CHCO at DHS, a senior HR specialist told me it was “not appropriate” for hiring managers to get too involved in the process. She said it was a “conflict of interest” to give a hiring manager that much say in the requirements and the selection. Just recently an official in a federal agency told me she heard the same thing from her HR office. Those HR folks, by the way, are wrong.

The third problem is that some managers have no idea how to make selections. They do not have the skills they need to do interviews that are not biased, and they often approach hiring decisions from a very short-sighted perspective. Rather than looking for the people who will be the best for the agency in the long run, they look at what is best for today (and possibly for their own performance ratings). Many agencies let anyone in a supervisory position interview and make selections with no regard for whether they actually know what they are doing. Having the job means having the authority.

Some people point to the problems with federal hiring laws and regulations, rightly pointing out that much of today’s civil service was designed decades ago in an era when most federal employees were clerks at GS-5 and below. The complaints about the rules are valid, but they should not be an excuse for not running the system effectively. Yes – it is an outdated system that is not good. I like to use the analogy of woodworking tools. We can give a skilled cabinet maker a toolbox full of 200 year-old tools, and s/he can make beautiful furniture. We can give the same tools to an amateur, and s/he can produce junk. The federal hiring process is much the same. Highly skilled HR folks, paired up with highly skilled managers/leaders, can get good results, even with out outdated civil service rules. Having an outdated set of tools is no excuse for not using them as well as possible.

If we want to get better results now, without waiting for civil service reform that may not come for years, we have to focus on the skills of the hiring managers and the HR staff. I will address the HR needs in a coming post. For hiring managers, we need to do three things now.

First, rather than saying the occupant of a position gets the authority by virtue of sitting in the job, we should make the ability to select people a specific delegation that is given to managers who have the skills and ability to carry it out effectively.

Second, we should provide training to hiring managers in structured interviewing, writing job descriptions that identify core tasks and knowledge requirements, and pitfalls that arise in the selection process. Training can help reduce problems such as subtle biases that can result in discrimination and bad selections.

Finally, we need to make certain that job descriptions and performance standards for hiring managers lay out in more detail exactly what their responsibilities are with respect to the entire hiring process. Too often that part of a supervisory job description is a few throw away sentences about making selections. It is often a minor part of performance standards, if it is there at all. Given how critical the talent management process is in any organization, it is worth far more than a few badly chosen sentences.