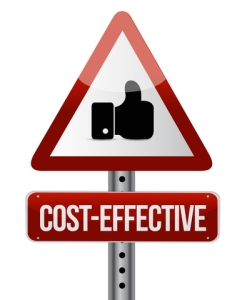 A lot of people are talking about Defense Secretary Ashton Carter’s decision to freeze civilian hiring in the Office of the Secretary of Defense, Defense Agencies, and Field Activities. Federal News Radio’s Jared Serbu wrote a good explanation of why this is not a downsizing-driven freeze, but rather is a tool to pressure its targets to comply with the Secretary’s order to provide “delayering”plans. Frozen components may resume hiring when they have an approved delayering plan.

One interesting aspect of the Defense delayering initiative is that it appears to want reductions everywhere, even when more savings might be achieved through growth of some organizations. The largest potential target for consolidation is in logistics. A 2014 Defense Business Board report said more than $171 billion of the Defense budget goes to its logistics enterprise. More than $46 billion of that went to the Defense Logistics Agency.

When folks who are unfamiliar with DoD logistics look at that number, they probably wonder how on earth DLA could spend $46 billion. What are they doing that costs so much? The answer is simple – they are buying food, fuel, medical supplies, 90% of spare parts, uniforms, and countless other items that our armed forces need to carry out their missions. In fact, the items are not countless – the count is about 5,300,000 different line items. DLA processes more than 100,000 requisitions and 10,000 contract lines every day. In addition to the armed forces, they are supporting civilian agencies such as NASA, and supporting humanitarian operations in the US and abroad.

Logistics professionals are often lumped into the “tail” group when people are talking about improving the “tooth to tail” ratio of the Department of Defense, when they really should be in a category all their own. It is true that they are not the “tooth” because they do not carry out combat operations. But – no one can go to war without them. They provide the fuel that lets our aircraft fly. They provide the uniforms our troops wear. They provide the parts that their equipment needs to function. They provide the medical supplies that are the difference between life and death for a wounded warrior. They provide construction material to support forward operations. They partner with warfighters before and during combat operations to ensure they have what they need, when they need it. They partner with thousands of companies that make up the US industrial base to help ensure that industry knows the military’s requirements and is prepared to meet them. When the industrial base does not have that capacity, they work with them to find alternatives. Their work is a absolutely critical to our armed forces’ ability to go to war. They may not be the tooth, but calling them the “tail” completely ignores their critical role. I prefer to think of them as the vital organs that support the teeth.

DLA is one of those organizations whose growth might benefit the Department. It is one of the small number of federal agencies that have to earn most of what they spend. The total DLA budget is down from the peak years of Operation Iraqi Freedom and Operation Enduring Freedom (Afghanistan), but it is still about $36 billion. Less than $1 billion of that is appropriated money. The rest is money earned through sales. There is constant pressure from the Department of Defense, the services and other customers, and the Congress to reduce the costs of DLA’s operations. Most of DLA’s customers are free to go elsewhere for much of what DLA sells. All of that means DLA is highly focused on its cost of operations. When much of the rest of the government was fighting the idea of consolidating human resources, financial management and information technology services into shared service centers (an idea that is finally taking hold), DLA was doing just that, beginning in 2002 with DLA HR. When agencies were struggling with failed large scale IT systems, DLA replaced much of its legacy IT with a successful  enterprise business system. When agencies were trying to learn how to carry out existing missions with less resources, DLA was supporting 2 wars and doubling sales with a workforce that grew by less than 10% from 2001 to its peak in 2012.

In the 25 years since I first went to work for DLA, I have observed, up close and personal, the agency’s relentless focus on efficiency, effectiveness, and first and foremost, providing world-class logistics support to the warfighters. I watched as DLA took on a massive project to replace all of its core business systems, restructuring and consolidating its HR, financial management and IT support, and supporting 2 wars, all at the same time. Rather than saying it was too hard, DLA just did it.

There is still more consolidation that can be done in DoD. In addition to the focus on savings within agencies, the Pentagon and field activities, DoD should look to load more work onto DLA. DLA has proven it can handle more sales without a proportional increase in staff or cost. It has shown it can run highly effective shared service centers for mission enabling work in HR, IT and financial management. Rather than cutting DLA, the Department of Defense should consider growing the agency and its mission. DLA is not perfect, but it has proven it can do more. It should be allowed to do so.

One thought on “Is it a Headquarters if it Does Real Work? Why Not All Defense Overhead is the Same”