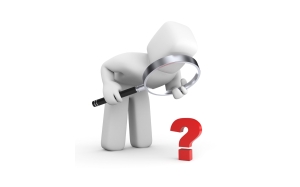 When today’s General Schedule was created by the Classification Act of 1949, most federal workers were clerks, with more than half of the workforce serving at grades GS-5 and below. Agencies had offices full of Position Classification Specialists, most of whom were GS-9 and GS-11. The General Schedule ranged from GS-1 to GS-18. The “super grades (GS-16, 17 and 18) were abolished by the Civil Service Reform Act of 1978 and replaced by the Senior Executive Service. The intent was to provide employees with equal pay for substantially equal work. It provided structure so the government could manage pay in a way that was fact-based and manageable.

In the 70 years since the Classification Act, the federal workforce has shifted dramatically. The clerks who made up more than half of the workforce are mostly gone. Just over 106,000 clerks remain in a workforce of 2.1 million. Only 129,000 employees are GS-5 and below. Most of the lower graded work has been eliminated by automation. Some has been outsourced. This clearly is not your father’s or grandmother’s civil service. As the work has shifted, grades have crept up to the point where traditional job classification is almost a thing of the past.

That’s a good thing, because finding a good classifier is next to impossible. Few people do classification work as their primary job. Those offices full of Position Classification Specialists have been replaced by generalists who often have very little classification expertise. A 2011 Merit Systems Protection Board (MSPB) survey showed less than 3 percent of federal Human Resources Specialists reported pending more than half their time on classification. In the past eight years that number has certainly gone down.

The demise of the position classifier is intertwined with the demise of classification as an art, and the lack of interest most agencies have in accurate classification. Like many of the negative aspects of the federal HR environment, this one can be traced back to the gutting of federal HR by the National Performance Review during the Clinton Administration, and the misuse of automated tools that were supposed to assist rather than supplant the judgment of HR Specialists.

At the same time HR offices were being cut in half, agencies and the private sector began building automated tools to help with classification work. Starting as position description libraries, they morphed into pseudo-classification systems that managers and HR Specialists could use to back into the grade levels they wanted. Rather than writing a description of the work that needed to be done, they could say what grade level they wanted and the system would tell them the words they needed to put on paper to get there. As use of those tools grew, demand for classifiers dropped and interest in classification as a line of work diminished. Ask any HR manager today how easy it is to find an experienced classifier and s/he will most likely just laugh.

So what has been the result? A recent article in MSPB’s Issues of Merit asked “Are Federal Employee Position Descriptions Accurate?” MSPB cited a 2016 study where 30 percent of federal workers said their job descriptions were not accurate. I think even that number is low. Employees get concerned about the accuracy of their job descriptions when they believe their job is under-graded. MSPB reported that much of the inaccuracy stems from agency overuse of standard job descriptions. While standard position descriptions are very useful when agencies have large numbers of substantially similar jobs, overusing them can result in job descriptions that are a mix of fantasy and reality.

MSPB cited a second problem — lack of adequate classification advice, as another cause of inaccurate job descriptions. MSPB said ” … only 58 percent of agency leaders said they received assistance in classifying positions from their servicing HR office to a moderate or great extent, while 17 percent said they did not receive such assistance at all.”

A third problem that MSPB did not address was deliberate over grading. Agencies rely on misclassification of jobs to compete for talent. The National Capital Region (NCR) is a great example of how rampant over grading is driven by the completion for talent. The District of Columbia alone has 140,000 federal workers, with 90,000 at grades GS-12, GS-13, GS-14 and GS-15. There are more than 47,000 GS-14s and GS-15s. Some people look at that and assume that it is that way because this is the seat of government and the classification system was designed that way. Sounds good, but it is not true. Take a look at the statutory (5 U. S. Code 5104) descriptions of those grades:

3 thoughts on “Where Have all the Classifiers Gone?”